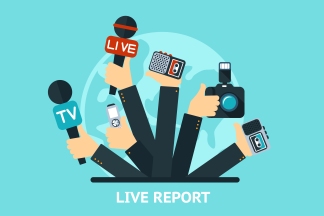 As result of being a member of the Society for Endocrinology Public Engagement committee I have had requests to do press interviews.  When called I have the usual thoughts of ‘but I’m not an expert’. Conversely I get very frustrated, even being compelled to rant on social media, about poor representation of endocrinology in the main stream press. So when the opportunity arose to attend a training event organized by the Science Media Centre, at the Wellcome, off I went. Public engagement/working with the media is increasingly important. Professor Jeremy Farrar, Director of the Wellcome Trust, declared that if you want to be successful in obtaining a Wellcome Trust grant engaging with the public was essential. He used coverage of Ebola and mitochondrial donation as examples of where the media can influence public perception/debate and policy. END_OF_DOCUMENT_TOKEN_TO_BE_REPLACED 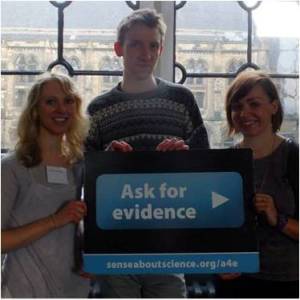 Ever read a science- related story in the media and thought that it had been exaggerated or misreported? Since the general public rely on the media to keep them informed, these misleading messages can be very damaging, especially when dealing with complex health issues. A famous example is the controversy regarding the measles mumps and rubella (MMR) vaccine. Introduced in 1988, the vaccine was a huge success and ended the endemic transmission of measles. However 10 years after being introduced, a research paper in the Lancet, although later revealed to be severely flawed and with ulterior motives, linked the vaccine with autism. Once sensationalised by the media this paper resulted in a huge public health scare. Many parents then opted against their children being vaccinated, and by 2007 the transmission of measles was re-established. Examples like this give a good indication of how effective the media is as a link between scientific research and the general public, and hence how harmful misreporting of science can be. In November 2014 I attended a Standing up for Science media workshop. The workshop, composed of panellists, group work and discussions, focussed on how we, as scientists, can prevent the public from being badly informed on matters which are perhaps extremely important to them. The panels were split into three sections and taught us about the process by which science is taken into the media and the factors which can result in it being incorrectly portrayed; including the perspectives of scientists, journalists and media relations officers. Victoria Murphy, from Sense About Science (SAS), and Lindsey Robinson, the Voice of Young Science (VoYS) representative, concluded the workshop by informing us of how SAS can help us to stand up to the media if we feel we should. Some of the information from SAS can be accessed through their website. END_OF_DOCUMENT_TOKEN_TO_BE_REPLACED 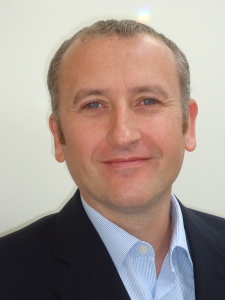 Voice of the Future 2015 took place in the Boothroyd Room at the Houses of Parliament in early March 2015. The format of the event is the reverse of the normal select committee, with the members of the House of Commons Science & Technology Committee (amongst others) acting as the ‘witnesses’ and the UK’s next generation of scientists, engineers and mathematicians acting as the ‘interrogators’ (although this was not exactly water-boarding!). This year’s event was broadcast live on BBC Parliament, highlighting the increasing importance of engaging the public with government, especially for the next generation. Early Career representation in the horseshoe was provided by Zaki Hassan-Smith (Birmingham), Tijana Mitic, Sam Mirczuk (RVC) and Karla Oldknow (Edinburgh). END_OF_DOCUMENT_TOKEN_TO_BE_REPLACED