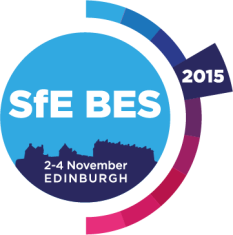 Kevin Docherty fills us in on the research behind the session he’s co-chairing at SfE BES 2015. The session, “Evolving model systems for complex tissues”  will be chaired by Kevin and Shareen Forbes on Wednesday 4 November at 09:15.

It is over 18 years since James Thompson and colleagues at the University of Madison published their data on human embryonic stem cells (hESCs).  These cells are pluripotent and as such have the inherent ability to give rise to any human cell type. It was anticipated that the ability to grow hESC-derived human tissue in culture would provide model systems for drug development, ex vivo toxicity testing, and tissue for cell therapy. One could argue that this is an appropriate time to take stock of where we are with respect to achieving these goals and where the field is heading. In this context The SFE BES Conference in Edinburgh (November 2nd-4th 2015) is holding a timely session entitled:  The Applied Physiology Workshop on Evolving Model Systems for Complex Tissues. 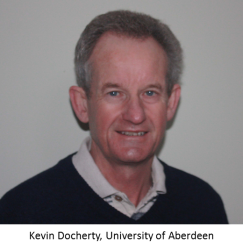 The premise at the outset was that hESCs (and iPSCs when they came along in 2007) could be directed to differentiate towards specific tissue lineages by recapitulating events that occurred in the developing embryo. The field got off to a slow start while we waited for the developmental biology to catch up. However by around 2005, or so, we had reliable markers for the three important germ layers (definitive endoderm, mesoderm and ectoderm), and we also began to understand the important roles played by different signalling pathways in driving these cells towards, neurons, cardiomyocytes,  liver, pancreas and other relevant cell types. We soon had a toolbox for every tissue.  In some cases the protocols were fairly simple. Thus, some neuronal cell types could be generated over a relatively short period of time (~10 days) with a few key reagents. It was not surprising therefore that the first clinical trials were for the use of pluripotent cell (PC) – derived retinal pigment epithelial (RPE) cells in the treatment of age related macular degeneration (AMD).  However, the development of cell therapeutics for the major chronic diseases such as liver failure, diabetes and neurodegeneration has proved more challenging.

In the case of cell therapy for diabetes it has been possible to develop robust protocols (15-20 days) that generate islet precursors, that when grafted in immunodeficient mice can mature over a period of time (~12 weeks) to generate functional islets.  A dose escalation trial of encapsulated hESC-derived islet precursors in a small number of volunteers is currently underway, and so far things look promising in that it is still running after 8 months.  Moreover, the end of last year saw the publication of two papers (Pagliuca et al. 2014 & Rezania et al. 2014) describing the generation of fully functional human β-cells. This protocol (the two are very similar) takes about 45 days to complete, involves 7 stages, an inordinate number of reagents, and technically challenging culture conditions. It will be of interest to see whether this breakthrough can be exploited  as a replenishable supply of islets for transplantation,  or whether its role will primarily be as a model for rare forms of diabetes that  affect  islet cells and in drug development or toxicity testing. Neil Hanley has been able to show that human pluripotent cells differentiating towards islets at specific time points map remarkably well to corresponding cell types in human embryos.  We look forward to hearing an update on these and other developments in the field.

The problem in generating human tissues from pluripotent cells is that pluripotent cells only exist transiently in nature. They almost immediately differentiate, initially by a process that depends upon their position in the early embryo, and henceforth as a result of signals generated from surrounding cells. The same is true of pluripotent cells in a culture dish. They tend to clump together  to form aggregates of various sizes,  and each cell performs uniquely depending upon its position within an aggregate, the size of an aggregate,  and even the position of an aggregate in a culture dish. This has presented huge problems for those attempting to model human development in a culture dish, although recent advances in live single cell imaging and tracking have started to address these issues. Those involved in generating specific cell types from such cultures have become very good at eliminating rogue clusters and fine-tuning the system to get what they want. Others have exploited this self- patterning property of pluripotent (and tissue resident cells) to form organoids or mini-tissues in a culture dish.  Initial studies on neurospheres and intestinal organoids have led to the generation of three-dimensional structures that resemble tissue from   liver, pancreas, stomach and other tissues.  At this workshop Florian Merkle will update us on progress that has been made in generating brain organoids.

The increase in activity in stem cell research went hand in hand with progress in regenerative medicine. Tissue mass is maintained mostly through a combination of self-replication and renewal from resident stem cells. Under certain circumstances, but particularly in response to injury, the regenerative potential of a tissue can be dramatically increased. Recent technical developments have allowed us to look at these events in some detail.  These techniques involve expressing a toxic substance, usually diphtheria toxin (DT), in a specific cell type using Cre-recombinase. For example islet β-cells can be ablated in a temporal manner by crossing floxed-DT mice with INS-CREERT mice. These mice are then crossed with mice in which a fluorescent protein (e.g. EGFP or dsRED) is expressed in a particular cell type; in the case of the pancreas acinar or ductal cells. In this way as new β-cells regenerate one can determine by genetic lineage tracing from which cell type they arise.  Marysia Placzek has applied similar lineage tracing techniques to investigate the presence of self-renewing cells in the hypothalamus. Of course these genetic labelling techniques can only be used on model systems such as zebrafish and mouse and not humans.  It is, however, possible that human tissue organoids could be amenable to such ablation and tracing manipulations. Could this be the future for studies on regeneration?

So how far have we come from 1997? It is disappointing that more progress has not been made in generating clinically relevant therapeutics; the RPE in AMD trials can be viewed in terms of low hanging fruit.   However, the recent development in organoids and models of tissue regeneration, combined with advances in single cell analysis and tracking may represent the breakthrough that is needed.  The programme   committee should therefore be congratulated for organizing such an exciting and timely work shop. Don’t miss it. I can’t wait.