A great opportunity for all endocrinologists is coming up, as it will soon be time to vote for the President Elect of the European Society of Endocrinology (ESE). Professor John Wass, former EFES (now ESE) President and past Society for Endocrinology (SfE) Chairman, urges all SfE members not to miss this opportunity to influence the future of the organisation and endocrinology in Europe: 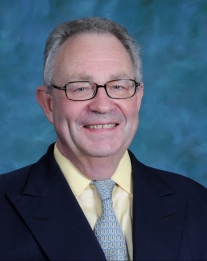 “I write to encourage all SfE members to vote. SfE has always played a major role in supporting ESE and gains greatly from this collaboration; therefore it is important that SfE members who are also ESE members vote in the upcoming ESE elections. SfE is an affiliated society member of ESE and an active member of the ESE Council of Affiliated Societies (ECAS). ESE runs excellent educational meetings across Europe -including its yearly congress-, provides numerous grants for basic and clinical researchers, produces guidelines, and brings together researchers across Europe and beyond as evidenced by the recent successful application for the Endocrine European Reference Network (ERN). ESE is much bigger than the EU, with members from over 90 countries and affiliated societies from over 45 countries. With Brexit on the horizon, there is no more important time to strengthen our academic and clinical links across Europe through supporting ESE. Please vote – it is important for endocrinology.”

E-vote submissions open until 19 April 2017. Eligible ESE members will be contacted by e-mail with further instructions on how to submit their votes.

Find out more about ESE and the election on the website.

Did you know that SfE members enjoy discounted membership of the European Society of Endocrinology?