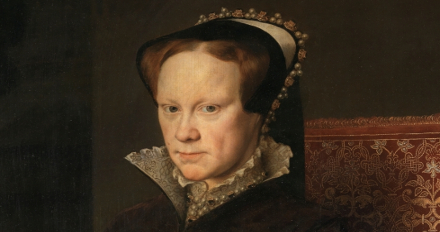 At SfE BES, Ashley Grossman, Professor of Endocrinology at the Oxford Centre for Diabetes, Endocrinology and Metabolism, gave a presentation entitled, ‘What killed Queen Mary’. In our latest interview, he tells us about his investigation into the unclassified illness that plagued Queen Mary and ultimately led to her premature death, and what we can learn from her tragic story.

Can you tell us why you think Queen Mary’s death was endocrine related?

Reading through Mary’s life history, which is quite a sad story, it seemed to me that something endocrine-related may have been going on and I came up with some interesting conclusions about her death. Mary was unfortunately plagued with illness throughout her life and her documented symptoms included her periods stopping, she starting to lactate, suffered from increasingly bad headaches and, just before Mary died, she began to go blind. All of these symptoms suggest she was suffering from an expanding prolactin-secreting pituitary tumour. Increased prolactin levels would explain her lactation and amenorrhoea. As the tumour expanded it would have compressed the brain, including the optic nerve leading to blindness. It may also have made her infertile explaining her failure to produce an heir. Ultimately, as the tumour expanded it likely placed pressure on vital areas within her brain  that may have been the cause of her early death in 1558 at age 42.

What sparked your interest in Queen Mary?

I confess, initially I did not know much about history or Queen Mary. However, when my third daughter pursued history as an undergraduate and then as a Master’s degree student, it sparked my interest. I delved in and began reading books on the Tudors and Mary seemed quite fascinating. The fact that she died so young and childless was pivotal, as it completely altered the course of British History. If she had produced a child, then Britain would have remained catholic and Phillip II would have become King, dramatically changing history, with no future Elizabeth I on the throne.

Is there any way we could prove your theory?

Of course, the conclusion that Mary died from a pituitary tumour remains speculation. However, renowned Austrian physician – Victor Cornelius Medvei, whose passion for endocrinology led him to write the definitive textbook – A History of Endocrinology – also investigated the death of Queen Mary in some detail. To my delight his conclusions, discussed with Prof. Howard Jacobs, matched my own and reading his research really firmed up what I thought.

Mary’s buried in Westminster Abbey, so we could do a computerised tomography scan of her coffin to see whether or not her pituitary was indeed enlarged. However, I don’t think the monarchy would be very happy for anyone dig up her coffin and do that! To make a diagnosis on someone who lived hundreds of years ago is not hard science, but it is amazing to think that a pituitary tumour changed the course of British history.

What can we learn from your research?

Although historical, I think there certainly are things people can learn from Mary’s tragic story. I believe it’s important that people recognise how much life has been transformed by modern medicine, and how lucky we are to have treatments to disorders that just a few hundred years ago were highly debilitating or even lethal. For example, what destroyed the catholic British monarchy can now be treated simply with a few tablets and the disease might virtually disappear.

Ashley Grossman presented ‘What killed Queen Mary’ at the annual SfE BES conference in Glasgow on 20 December 2018. Discover more about the work of endocrinologists in our Meet the Endocrinologist series of blog interviews.